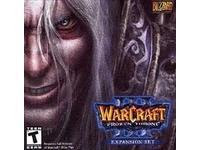 Here we can play the game alone either to play campaign, or custom games. You can also load or save your current game here, view saved replays and play your own custom campaign.
Battle net

Here we can play with multiplayer through internet connection,though i never try it in my own computer,the server contains IDGS Pro server, IDGS junior server, IDGS public server, and Nusa server. Currently i’ve been playing in Nusa server because it’s free(LOL).
Local Area Network
Here you can play with other player without internet connection,and even you can still play alone against the computer.

Options
Here you can setup here like Gameplay,Video and Sound setting.Gameplay is like game speed, mouse scroll etc.
Credit
Here you can view credit of the maker,though i’ve just seen it once
And on the Top you can edit your profile/name. For example i setted it sastra_inggris.

In further stories player are able to establish structures/buildings.Each building has different “function” and “requirements”.Function here,each building has has different ability,like to protect/guard from enemies,like tower guard for example in Sentinel races you can build Ancient Protector to guard you base from enemies.Requirement here means you have to already has a/some building before you can build the new building you wanted to build.For example when you play as human races. If yo want to build Gryphon Aviary, you must already built keep and lumber mills. Though when you play campaign some structures are unavaliable yet until you play further episodes.But if you play custom games or custom campaign are buildings are avaliable to establish, and still need requirements above.
There are resources too. Resources are needed to make building and to produce troops.There are gold and lumber. Gold are obtainable from a gold mine and each gold mine has limited amount of gold, only 15000 gold. Lumber are obtainable through cutting the trees. Trees will disappear after being cutted. Both of them can only be gained by special workers. For example for orc races, only Peon could do that “task”.

There are three stats,str=strength,agi=agility and int=inteligence. Each hero character has different main stats. Main stats increase your attack.For example Maiev main stats is agi,so each agi points increase Maiev’s attack points by 1. Your live depends on HP and your energy depends on MP.You died when your HP reaches 0, and you use MP to cast spell.Armor reduces damage you taken.I dont know with armor calculation.But different types of armor either reduces or takes damages from different types of attacks too.
Each str points increase HP(Hit Point) by 19 and HP regeneration.
Each agi points increase attack speed by 1% and each 7 points increase armor by 1
Each int points increase MP(mana point by 12) and MP regeneration.
Equips and items, some items increase your stats,heal your hp/mp and teleport to specific place on the map. The other were just quest item to finished some mision.
In custom games you can play some different kind of gameplay.

You’re also able to play using special maps provided by public developers.For example funny bunnies egg hunt. You’re playing as Easter Bunnies, and to collect various kind of eggs. You can also kill the other bunnies that are chasing you.Its a bit fun isn it?
===Graphic effect:===
Blizzard are quite good on making this game. I like the effect, especially if you use good graphic card.The details are good,for example the left over explosion on land, and the foot steps.But the character shape are still standard i think.But wait,i havent tell you about the cinematic. It is awesome. It is like, you know, when you watch animatic movie like kung fu panda etc,its even better i think.But unfortunately its only short duration.And also there’s only 2 cinematic. I dont know why blizzard decrease it. It is like an award after finishing a campaign you know.It is different from the previous expansion,Reign Of Chaos.There are cinematic every campaign.Well thats my opinion.

After defeating the great demolord, Archimonde on Mount hyjal, peace was enjoyed by Sentinels and Human races, but not for long.Ilidan Stormrage,brother of Malfurion Stromrage,was planning to use the Eye Of Sargeras to destroy The Frozen Throne.This has caused many chaos to earth.Maiev Shadowsong,chief warden who guard Illidan from his imprisonment,was after him and intents to stop him. Illidan has awaken a new troops. The cursed one, the Naga. Maiev faced many problems to fulfill her duty. At last with the help of Malfurion Stormrage,they were able to stop Illidan.Illidan told them that his effort was to destroy Sentinels archenemy,the undead.Because of Maiev being lied to Malfurion that tell Tyrande was dead.Malfurion then forgive Illidan and let him go, but still, Maiev chasing him not matter what it cost.
Alliance Campaign, Curse Of The Blood Elves

Prince Kael’thas,prince of the blood elves and his brethen was about being sentenced death by their superior,from the human races, because being cooperated with naga.They’re then escaped from jail with the help of naga,and awarding them with their loyalty to naga because freeing them.Then they went to outland using portal created by Lady Vashj and rescued Illidan from Maiev punishment. Illidan then award them with more magic as they wish for. And then they’re planning to own the outland, but before,they have to defeat the current owner Magtheridons. After defeating him they think they can breathe relieved with, but they’re wrong, the last great demonlord,also Illidan’s master,Kil’jaeden appeared and intents to punish them. Illidan begged for mercy,and promised to destroy The Frozen Throne once again. Kil’jaeden give them one last chance, and then Illidan intents to go to Northrend to destroy The Frozen Throne, along with Lich King.There are also a secret level in this campaign, ifound it by an accident.In mid episodes,of escaping from the jail,in mid-down from the map,there are a dark room with three squares, and a big question mark surrounded by flying sheeps.You must sort the squares correctly,so that after the mission, you will able to play the secret level. It is quite hard, you must able to survive for 30 minutes, against a wave of enemies whose appear periodically.To be able to defeat enemies,you must build a defensive tower.
Scourge Campaign,Legacy of The Damned

Prince Arthas Menethil was once on human race, after being eaten by his own lust of power and hatred,he become part of scourge. He killed his own father and replace him as a king. Now he manage his kingdom and annihilate all humans on his territory. Until he got message from Lich King,his master,through his mind. Telling that The Frozen Throne are in danger. Then he managed to go to Northrend where The Frozen Throne be. He faced many obstacles through his journey. At last he met Illidan and his troops near The Frozen Throne Chamber.They fought very hard. And at last,on the cool scene,Arthas slashed Illidan with his sword, Frostmourne, and then he enter the Frozen Throne chamber. On the cinematic,he destroy the Frozen Throne and wear the Lich King mask,he became one with the Lich King then.
===Overall Opinion===
It is quite an addictive game, if you’re a student or a worker you shouldnt play it too much, thats my suggestion.The grapichal effect are quite good, though the decrease number of cinematic, which i dont like.There are also some hidden level,thats quite interesting.

===Additional Info===
Do you think i’m done yet? Well, guess again. I’m getting desperate of finishing this game,so i’m searching for its cheat(LOL).Here are the list of cheat i found from internet.
• whosyourdaddy=is to become invulnerable and easy defeat enemies.
• thereisnospoon=to be able to cast spell without using mana.
• Iseedeadpeople=to be able to see all the maps
• greedisgood= to obtain gold and lumber
• sharpandshiny=research upgrade
• synergy=disable tech tree requirements
• warpten=speeds up the building and unit construction
And many more, you can search other cheats from the internet,there are many of them.
NOTE:use only if you’re getting desperate of finishing the game like me(LOL)otherwise you’ll lose the excitement.
_DOTA MAPS_
Yes,this one i’ve been playing all the time. Dota is a map,played using warcraft 3 the frozen throne expansion only. The gameplay is almost similar,but you dont have to build any structures, but just to protect it.The hero characters were taken from warcraft 3 characters,but of course with different skill.
At first i used to think warcraft 3 frozen throne was dota, but now i realized that Dota was part of warcraft 3 frozen throne.Is a map played with it.

*Controls: A keyboard and mouse are required.
*Drives: A hard drive with at least 700 MB of free space (in addition to your Warcraft III: Reign of Chaos installation), and a 4x speed CD-ROM drive are required for installation and play.

*Video: 8MB 3D video card (TNT, i810, Voodoo 3, Rage 128 equivalent or better) with DirectX 8.1 support. For Mac OS® systems, a video card consisting of an ATI Technologies or nVidia chipset with at least 16 MB of memory is required.
*Sound: A DirectX-compatible 16-bit sound card is recommended. Warcraft III will work with the built-in sound features of the Mac OS®.The developers recommended:


Though i personally recomended:


Thats all i know and my opinion about Warcrafty 3 Frozen Throne, i hopes this can be helpful for people to play this.Enjoy the game.sastra_inggris, May 1st 2009
এর দ্বারা পোস্ট করা Alamin riaz